News from around the world reminds us daily that we live in a period of tension and violent conflicts. Countries in Africa, Europe, Asia and the Americas feel the brunt of these tension and conflicts. Some of these tension and conflicts are deeply rooted in misplaced religious fervour. In February this year {2015} for example, Ghana was confronted with a religious challenge, which sparked off a Muslim demonstration in Takoradi against what the demonstrators called discrimination against Muslim students in Christian and public schools in Ghana.

This sparked various reactions from government, Christian and Muslim communities, a situation that, if not handled carefully, could have had negative repercussions for the country. Such acts of violence and the behaviour of the perpetrators are attributable to suspicions, misunderstanding, and a warped understanding and application of scripture in some cases. To reduce these acts of violence, there should be serious commitment to dialogue of theological exchange to deepen understanding of differing religious heritage.

The identities of religious groups are formed from interpretation and understanding of scripture. Hence, accurate, adequate interpretation and understanding of scripture is a sine qua non to religious dialogue. The Bible and the Quran are revered scriptures. They constitute the foundation of Christian and Muslim beliefs and practices respectively. Any attempt to expound on these two revered books therefore is a major contribution to religious dialogue and peaceful coexistence. It is in this light that Rev. Dr. Peter Pryce’s book is invaluable. This book titled: Topics in Translation Review, covers three key issues. These are:

The themes are selected because of some differing and possibly erroneous interpretation attached to them by both Christians and Muslims. These often cause friction amongst adherents of these two religious traditions. With careful analysis of texts from the Bible and the Quran, Rev. Dr. Peter Pryce, using the tools of biblical translation, examines relevant passages from the Bible and the Quran and draws reasoned conclusions that give common grounds for understanding.

He writes, “…we see that both the Quran and the Bible identify Jesus Christ as the Word of God. Both the Quran and the Bible identify…Jesus Christ, as the embodiment of the Word of God.” Again, he states in one of his conclusions that “Ishmael and his children will be saved. Therefore, those false Christians who claim that all Muslims will go to Hell have in fact exposed themselves as…presumptuous in attempting to decide who goes to Hell when in fact God gave them no such power to make that decision”.

Rev. Dr. Peter Pryce has the competence to undertake work of such nature. He is an academic with research experience in translation; and an individual with a sense of balance in religious matters. He has keen interest in the promotion of religious tolerance and maintenance of peaceful coexistence and he brings such background to bear on this work to enlighten Muslims and Christians. He handles the themes with clarity and thoroughness that satisfies the reader. The content of the book is well thought out and written in a language that is easily understood. Students and scholars of both Islam and Christianity, as well as those interested in translation, and those who want to understand how scripture can foster religious tolerance and cooperation will benefit from this work. 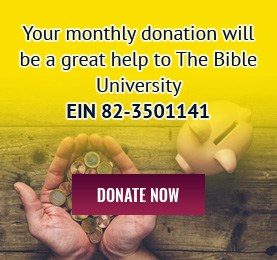